No Widgets found in the Sidebar Alt!

Read or download a PDF of this article here.

Marking a historic moment with the highly esteemed production of New Thinking Allowed (NTA), a well-known YouTube channel with over 127,000 subscribers, while simultaneously paving the path into the future of parapsychological studies, Emmy Vadnais will be answering your questions on September 11th, 2022, as NTA’s new CoHost during a Live Stream Event.1 Who is Emmy Vadnais? Well, we will get to that in just a few moments and what important roles she has played in furthering her part of the consciousness field. But first, a bit about the current movement manifested by those who have studied, researched, and spoken the truth about psi abilities, subtle force and energy, telekinesis, cryptozoology, and non-human interactions.

1 The URL for this event is https://youtu.be/nfjyqu3mTg0. It will begin at 10 am, USA Central Time. If you log into this URL early, you can set a reminder and will be notified when we go live (but, make sure to have your “notifications” turned on for New Thinking Allowed by clicking on the bell icon). You may wish to log in early in order to post your questions right away. We will start the 10-minute countdown clock at 9:50 am (USA Central Daylight Time).

One could say that the uphill battle of legitimate researchers and experiencers in these fields has finally paid off with the mainstream backing that came with the release of files by departments of the U.S. government relating to psi that include applications of remote viewing, mind/matter interaction, poltergeist phenomenon, telepathy, intuition, and possible non-human interactions. Specific to this boom are files and first-person accounts about various projects such as Stargate, Skinwalker Ranch, and the testimony of key players from the military and CIA exposing the revelation that Unidentified Aerial Phenomena (UAPs, better known as UFOs) not only exist, but have been recorded on radar and video numerous times. Before these revelations, work in these fields has been daunting, underfunded, mocked, and even side- railed. Many working in these fields found themselves often alone, not taken seriously, and even attacked professionally. With help from colleagues – brave experiencers, and a few supporters with influence and financial backing – scientists and workers in these fields have been fighting to break free from something similar to the gravity of a black hole. These unsung heroes relied heavily on the often-denied evidence, with support of those unafraid to look at the data. 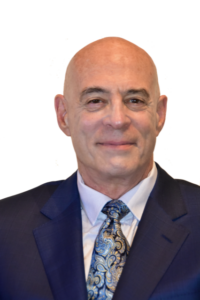 Thinking Allowed (TA) originally on public television and New Thinking Allowed (NTA) now on YouTube and as a podcast, created and hosted by Jeffrey Mishlove, PhD, is just such a lifeboat. Since 1972, Dr. Mishlove – the only person to ever receive a doctorate in “Parapsychology” from an accredited university (U.C., Berkeley, 1980) – has hosted radio, television, and video interviews with vetted and serious, scientists, researchers, experiencers, philosophers, spiritual representatives,
practitioners, and other thought provokers in the fields of parapsychology, spirituality, survival after death, healing, and anomalous events of high strangeness. These interviews have showcased the work of the brave forerunners of this professional community, taking the credible but ignored information to the general public. It can be said that New Thinking Allowed continues to be a primary resource to the brave and hardworking in these fields, offering the public a chance to understand the anomalous.

For years Dr. Mishlove has supported the cause of legitimacy for those studying and experiencing such phenomena. Up until now, he has done it largely alone in front of the cameras while continuing his own research contributions. Most recently he won first place in the Bigelow evidence of survival after death essay contest with his 95-page essay, Beyond the Brain: The Survival of Human Consciousness After Permanent Bodily Death. Not only has this gained Dr. Mishlove a cash prize of $500,000 but the opening of doors of opportunity through participating on influential boards, further exploration, and media creation pertaining to both his essay and his thought-provoking book, The PK Man, about the telekinetic psychic, Ted Owens, as well as possible publications of further books and articles.

How far does one man stretch? How can one move forward, progressing parapsychology through the opportunities manifested by his hard work and steadfast drive while continuing three interviews a week with a monthly live “ask me anything” show so important to the expansion and legitimacy of this field? By evolving just as parapsychology is evolving; and, by introducing a CoHost for the first time ever to share the support, bring awareness, and stimulate and coax answers from the likes of Radin, Kastrup, Targ, Tart, Krippner and so many more.

Of course, this CoHost has to be well-versed on the prior interviews, current on the newest data, and have her finger on the pulse of what’s coming. She would have to encapsulate the spirit of New Thinking Allowed. She would need to know the trials and setbacks of the field, the prejudices, and the challenges. Knowing these, she would have to approach such topics with an eye for learning – not one of attack. She would have to realize the importance of getting the information to the mainstream and the necessity to see every interviewee as pivotal in this brave evolution into legitimacy. She would benefit from growing through her own accomplishments and experiences pertaining to these topics, and she would, of course, have to be professional in her abilities to give such topics the attention they truly deserve with the open minded, lateral thinking promoted by the shows. 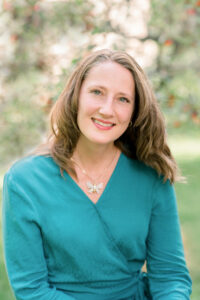 Enter, Emmy Vadnais. The author of Intuitive Development: How to Trust Your Inner Knowing for Guidance with Relationships, Health, and Spirituality, for which Dr. Mishlove wrote the foreword, is just such a person to mark this moment of evolution of NTA. Currently residing in St. Paul, MN (Go Vikings!!), Emmy is a woman who knows first-hand the struggles of establishing legitimacy for herself and the fields of her interests. Who better than one who finds both TA and NTA foundational and formative to her growth to pick up the gauntlet, and with positive attitude and inquisitiveness, evolve the spirit of New Thinking Allowed, with her mentor and friend, Dr. Mishlove.

Being the first for such an honor and unprecedented opportunity, you can be sure Emmy will be able to share her feelings about such an experience, how she will continue such a legacy, and what she plans on bringing to such an esteemed show.

Emmy brings the knowledge of the history of parapsychology, the multitude of organizations, and the forerunners in research. She maintains the exuberance of one ready to contribute to what’s to come. She can vouch for the importance of such information getting into the mainstream, because she found guidance from NTA’s vast repository of vetted and legitimate information. It would be fascinating to know which interviews aided her growth, which emboldened her to move in the direction she has, and those that challenged her understanding the most.

Productively and with a determination unrivaled, she has built herself and her fields of interest up through many challenges and successes to the point where she is now – an occupational therapist (OT) practicing Holistic OT, intuitive healer, health coach and author. Emmy is not only sharing her abilities and knowledge in the fields of subtle force/energy for healing, intuition development as self-guidance, and contributing to a more Holistic OT approach – she pushes the envelope by informing health care practitioners and organizations. She has weathered the storm of disbelief, broken the pull of the blackhole so to say, and did so while maintaining balance, temperance, and drive. If this isn’t enough, this powerhouse of spiritual and person-centered healing established and founded a Holistic OT Community at HolisticOT.org, supporting OTs interested in or practicing integrative health, wellness, and prevention. This Live Stream Event, September 11, at 10:00 a.m. Central Daylight Time is going to be the perfect opportunity for people to ask how she did it, what challenges to prepare for, what motivates her, and so much more.

Founding HolisticOT.org and establishing a community of OTs interested in spreading the benefits of integrative health puts Emmy in a perfect position to answer your questions about founding communities, about businesses that center on your passions, and about healing and intuition. What were the steps, how much support did she have, what research did she do, and even – how much of this journey and success was intuited? The questions could go on more and more.

I know, I look forward to hearing her speak about the writing of her book, what drove her to write it, who were her role models or go to researchers, was it something she’s wanted to share long before it was published, or did it come to her in a flash?

For more information about this week’s Live Stream guest on New Thinking Allowed, Emmy Vadnais, you can visit: www.emmyvadnais.com. We look forward to seeing you there.

Emmy Vadnais, OTR/L has over 20 years experience providing Holistic, Integrative Health, Wellness and Prevention Care in a variety of settings. She is a Holistic Occupational Therapist, Intuitive Healer, Health Coach, teacher, consultant, and writer. She provides holistic and integrative healthcare and intuitive development education to healthcare practitioners and organizations. She is the founder of the Holistic OT Community and is in private practice in St. Paul, Minnesota. She is available for individual sessions, tutoring, classes, and consulting. She can be contacted at [email protected] Visit her websites at EmmyVadnais.com and HolisticOT.org. 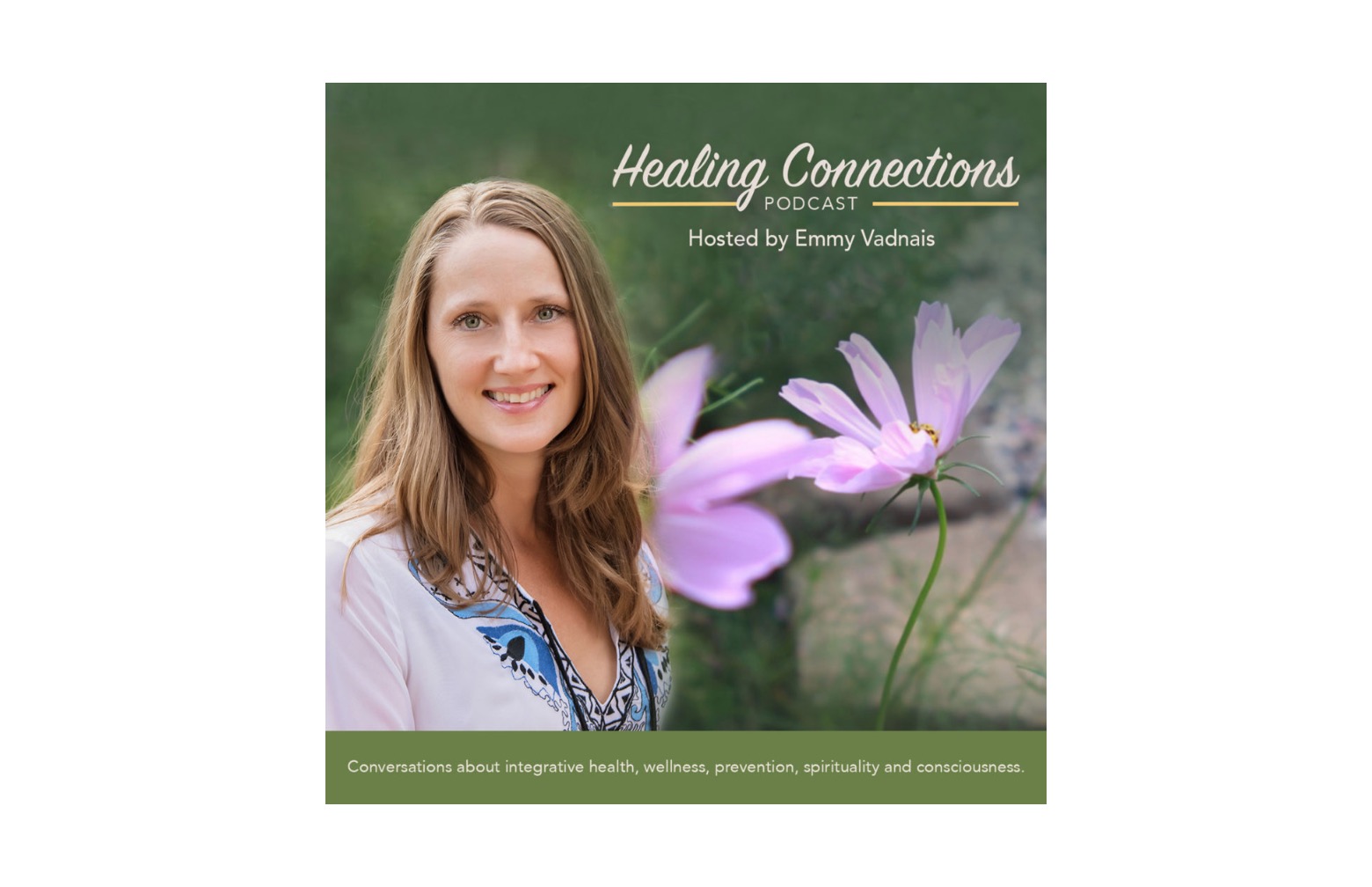 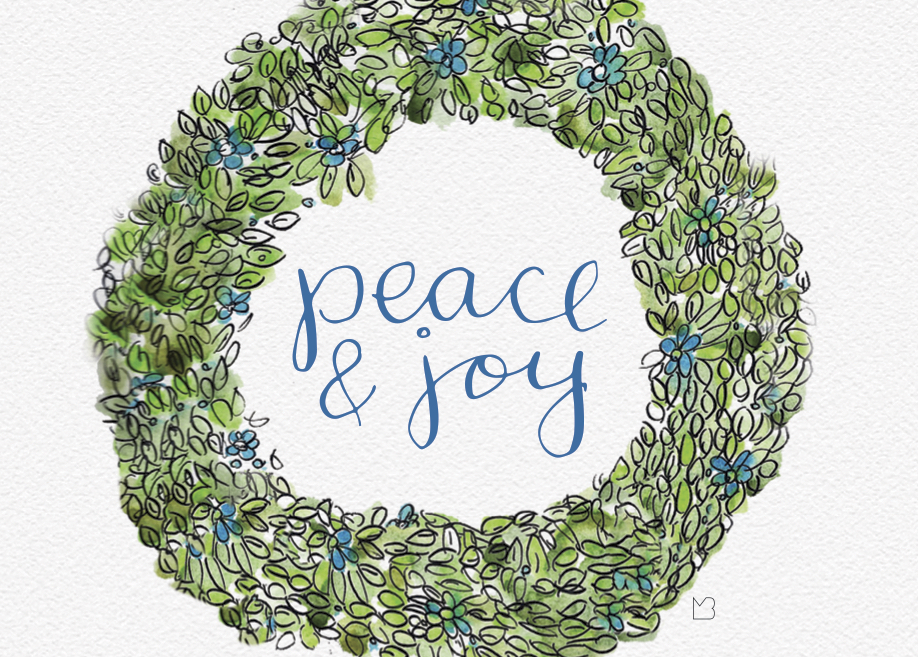 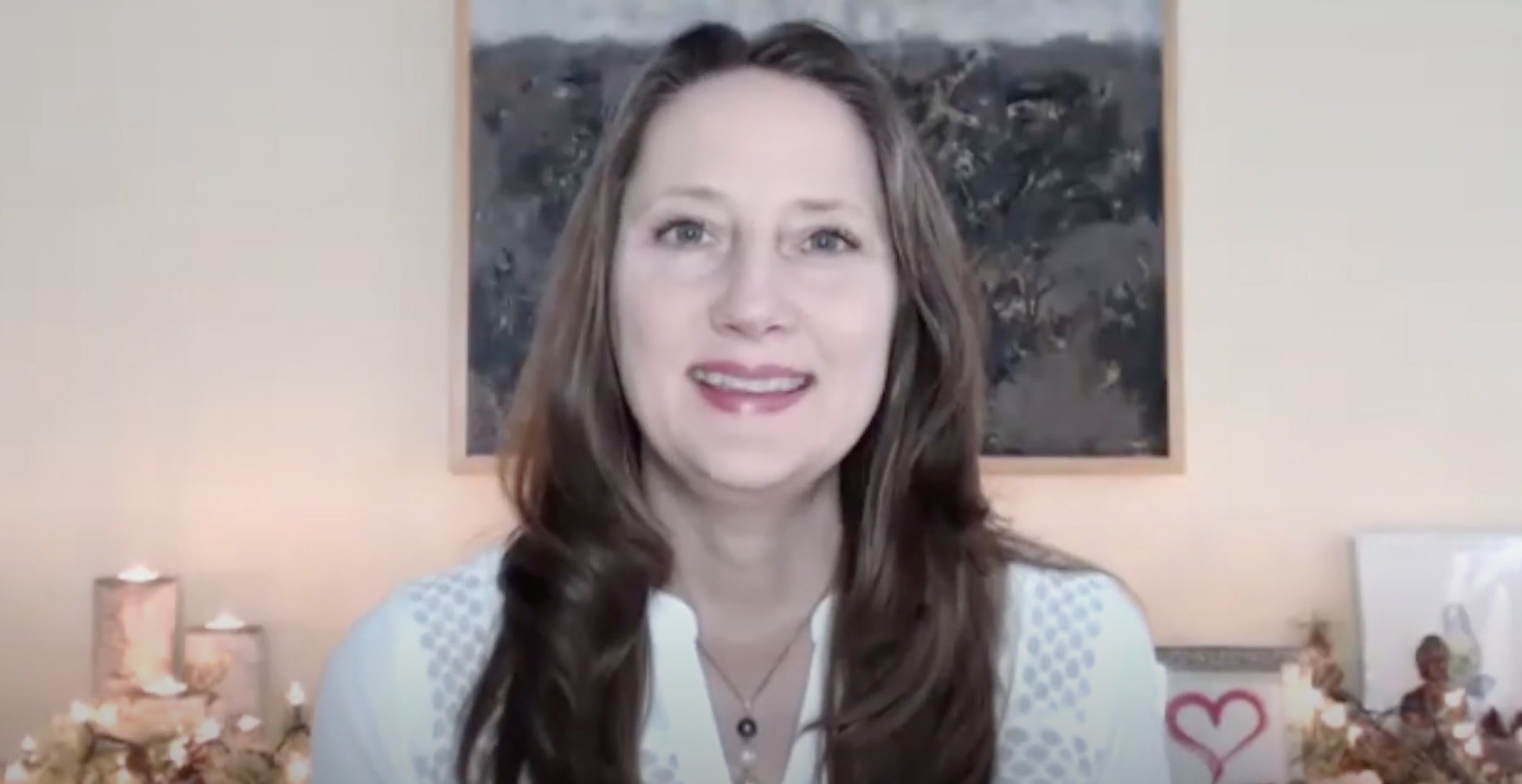 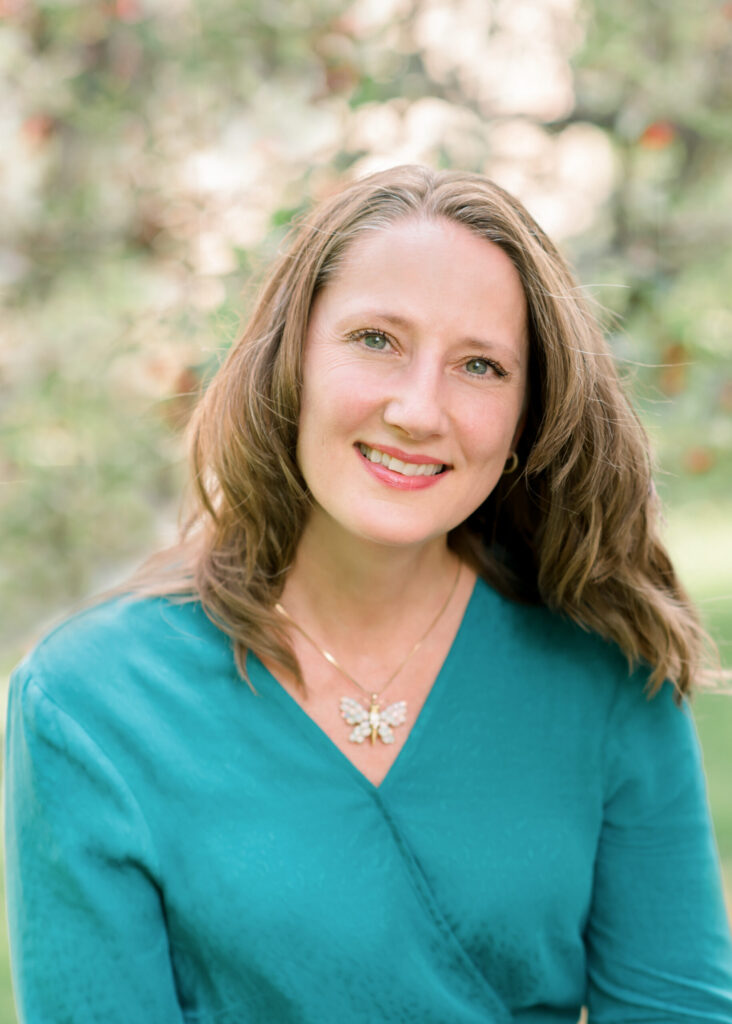 Hello and Welcome!
I am an Occupational Therapist, Intuitive Healer, and Health Coach. I provide holistic and integrative healthcare and intuitive development education to people, healthcare practitioners, and organizations. I am author of Intuitive Development: How to Trust Your Inner Knowing for Guidance with Relationships, Health, and Spirituality. I am CoHost of the New Thinking Allowed YouTube channel with Jeffrey Mishlove, PhD. I am the founder of the Holistic OT Community and am in private practice in St. Paul, Minnesota. Please contact me at [email protected] to schedule an appointment. I look forward to assisting you on your journey!

Meditations for Our Time